One half of the Yin-Yang symbol

Yin is a male contestant on Inanimate Insanity and was placed in The Bright Lights. Yin, however, isn't just an individual, but in fact shares a body with his counterpart, named Yang.

Yin is a good and helper character and the complete opposite of his counterpart, Yang. He is a good, kind-hearted, and reasonable individual who things through before taking actions, avoid having to argue with anyone. He and Yang share the same body, thus having two personalities at once, one is kind-hearted, and another who likes to wreck havoc. Because of this, Yin's deed to help and carry his team is often replaced with the opposite of that.

Separated, Yin is a plain white circle, who is supposed to represent the white half of the full circle whom he was based off, Yin-Yang. When shares body with his rival Yang, he takes the bottom-half of the full body.

If Yin appeared in your fan fiction, you can add your own details about them here!

He has a crush on Bow in Object issues. 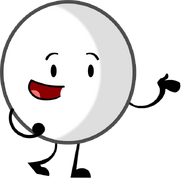 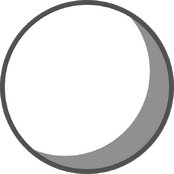 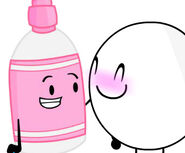 Add a photo to this gallery
Retrieved from "https://objectshowfanonpedia.fandom.com/wiki/Yin?oldid=452163"
Community content is available under CC-BY-SA unless otherwise noted.