The Knife Rip-Off
X Is a male contestant On The Alphabet Game Show. He also competed in When Scratch Objects Brawl as Crossy. For the BFB character, see X (Battle for BFDI).

His personality is a lot like Knife. Although he can be aggressive and mean, he has a soft and nice side. He has a tempered attitude and has been intended to make enemies with people easily. O is a good example. It is actually preferred that his pose shows him smiling. 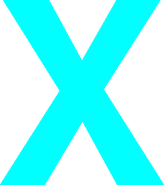 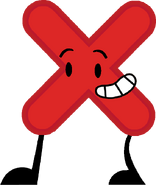 His Old pose which is currently used for Object Ultraverse.

Pose for When Objects Work.

X as he appeared in BFS 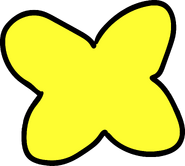 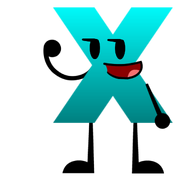 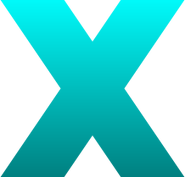 Add a photo to this gallery
Retrieved from "https://objectshowfanonpedia.fandom.com/wiki/X_(TAGS)?oldid=600980"
Community content is available under CC-BY-SA unless otherwise noted.