The Working Objects are occupied objects in Jacknjellify's War of The Worlds. 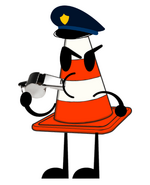 Add a photo to this gallery
Object Species: Road Cone

The Traffic Guard Object is first seen in the First Tripod Scene, where he is blowing his whistle to tell objects to move.

The Worker Object is also first seen in the First Tripod Scene where he suggests the hole is an emergency. 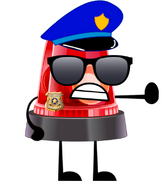 The Police Objects are cops who tell objects to move aside. They also arrest Gangsta Objects.

Retrieved from "https://objectshowfanonpedia.fandom.com/wiki/Working_Objects?oldid=493881"
Community content is available under CC-BY-SA unless otherwise noted.