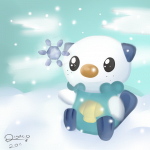 aka That random chic in the corner

Nickname: Call me Freesmarter, Bubble, (NOT Foismartar or similar to that!), Snowflake

Love Interest: Hiccup Horrendous Haddock III! I am having the Hiccups~!

I'm 13 and I... am a gurrrrrrrrrrrrrrrrrrrrrrrrrrrrrrrrrrrrrrrrrrrrrrrrrrrrrrrrrrrrrrrrrl... I am known to love Bubble... Too much. In some camps, I'm Bubble or Ruby and I always pick them! I hate arguments. For me, it's a waste of time and wrecks friendship. Sometimes... Well, most of the time... I act like an 8-year-old or 9. FOREVER YOUNG! And I also love OJ, Firey, Leafy, Pin! And ,obviously, I created RFVP, BFDIA Episode 6 (Bubble's story), Random and Mixed Fanfiction Stories, Leafy & Bubble: A Marvelous Adventure, RFM, The BFDI and II Talk Show, The New Admin, Derpify: Fanfiction Story and Just be friends... I'm soft-spoken but love music and drawing... I'm more socialised in the internet but not personally... I LOVE... Seriously... LOVE Pokemon!! :">

I have a very bubbly personality. I rarely get mad and don't take insults seriously... At times... Anyway... I get angry VERY EASILY when someone prank me/ flick my skirt in school... once/ talk about my zit.../insult my soft voice. I have a bit of a boyish mind because I don't watch Barbie, My Little Pony (Sometimes I do) and... Some other girl shows...

The Reason of my disappearance

I love Pokemon, I love to read other fanfictions... blah, blah, blah! Why don't you go to my user blog instead?

I have no love interest to them so SHUT UP!

I may have thought him as a Pokemon though...

I didn't know he's from France?! My third fave country! (I don't love him!) And the first person I virtually met!

My third guy who became a fan of my fanfic

He's not really bad of a BFDI character...

The narcissistic one who so-called "deserves" being an admin but doesn't have the reason to be so...

Have the highest achievement points

Make my fanfic the most visited page

Get a female friend

Get a female friend!!! (I have a lot in Wattpad and Fanfiction.net!!)

Try to not play Pokemon for 1 day

I abhorred the fact at how narcissistic he is, saying I don't deserve being an admin and that he should deserve it. He thinks highly of himself. If I could recommend who deserves admin better than me, it would be Bestfan... At least he NEVER gave the reasons why he should be an admin (if he was). (Now let's go back to Mr. Narcissistic) He was just trying to tell the rest of the world that I'm a stupid fangirl girly girl... All that crap. Okay, so maybe I did gave out the annoyingness out of me. But he states all the things that's wrong with me not all the things wrong with himself. So if that narcissistic jerk wants to play "judge everyone" then fine... I wanna join. SURE. Who cares if you deserve being an admin and I don't? Shut your face and dismiss yourself... I'd gladly tell you to buzz off...

Retrieved from "https://objectshowfanonpedia.fandom.com/wiki/User:SnowflakeBubbles?oldid=58277"
Community content is available under CC-BY-SA unless otherwise noted.