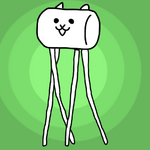 Hello! I’m ButterBlaziken230, a Fandom User who really likes Object Shows! Welcome to my profile. If you want to ask me about anything you find on my profile, do so! I love talking to people here.

The list of OCs used to be here, but since I have too many OCs, it has been moved to the page ButterBlaziken230's List Of OCs. If you want to use OCs, you must ask. However, Question Box is not allowed to be used as he’s my main OC. For any other characters, they can be used as long as, yet again, you ask.

How Active Am I?

Okay, so in here you can find out how active I currently am.

All Levels Of Activity

Retrieved from "https://objectshowfanonpedia.fandom.com/wiki/User:ButterBlaziken230?oldid=526975"
Community content is available under CC-BY-SA unless otherwise noted.