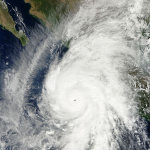 Hoi people. Its me. Ask me anything on talk page

My fanfics and activites

Battle for a sksycraper(Taller skyscraper)

Friends on this wiki

Started the Hurt and Heal chain

One of the good users who is sadly inactive

Creator of Before BFDI

My best friend on this wiki

Neutral on this wiki

Rocky and creator of B4ABU

Bfdi is the best

Enemies on this wiki

The one who wants to destroy wikia

Since Unicorn did his wiki history. Might as well I do mine

It started in January 15 2015. A month after I joined Wikia. I found this wiki(I watched Object shows before joining this wiki) and I joined it instantly.

My first fanfic was called Battle for the skyscraper. It was really messy and stuff. I then recreated it. Its called Battle For a Skyscraper(New and Improved version). I then made Color battle. Which I have to admit was one of my favorite fanfics to create/edit. They both continued till their second seasons. They are currently on hiatus.

I was participating in camps and hurt and heals and that stuff too. I also used to make predictions and top 10s but they werent that interesting compared to making fanfics.

Things were going normal for me until a change happened.Many users(PP46,Unicorn,Bfdi is the best etc) joined the wiki at this time. I was happy to see more users join.There were also Bad users like vandalizers.

After that. I started Wave 2 of my fanfics which consisted of Survive The disasters(which is now deleted),A Leafy's Story which was owned by me then by PP46 and then by both and more that are coming soon!.A Leafy's story has been my only fanfic till date which has been a two user fanfic. Its has been successful so far! Hopefully it will be my very first successful fanfic!!! and Pencil camp. Which never really made it far. OC battle:Save Goiky was the next fanfic made and the first one which had OC's of mine and other users in it.

Retrieved from "https://objectshowfanonpedia.fandom.com/wiki/User:Bumblebee_the_transformer?oldid=166927"
Community content is available under CC-BY-SA unless otherwise noted.