Music playing in the backround of this profile is Nimbasa CORE. 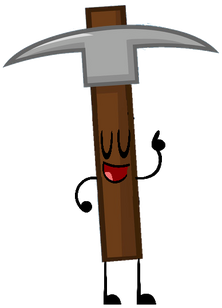 Hey there, welcome to my profile.

I don't participate in vandalism attacks anymore because of my failure with the Molly Bee thing.

I have no hope left in participating, but if you can become a contend mod, maybe you can help out...

But enough of that talk, I've been an OSC member since a year ago (I started in presumably January of 2017) and joined in when I watched BFDI for the first time. I loved it. I started watching other object shows (such as Inanimate Insanity and Object Madness) before finally joining the OSC with an OMN wiki that eventually got the creator's attention.

Object shows I plan to make

Retrieved from "https://objectshowfanonpedia.fandom.com/wiki/User:Blue_Tennis_Ball?oldid=380249"
Community content is available under CC-BY-SA unless otherwise noted.