Tree was one of 30 recommended characters in BFDI. In spite of that, he failed to join the show twice having the second least amount of likes in both turns.

In Yeah Who I Wanna Know?, Tree was yet present again but failed to join with only 49 votes having the second least amount of votes to join.

Tree reappears in IDFB in which, he does not play a major role in (until the next season, BFB).

He is currently on Death P.A.C.T in BFB.

Tree's former appearance has a bushier top and his body is longer, revealing the roots making it look more realistic than the current one.

This was changed in IDFB, as Tree had the same bushier top, but with leaves shown shaded in light-green color, whereas his stem is no longer shows the roots (which is pretty illogical, despite the fact that plants cannot live without roots). There's also a little branch attached to his stem and on top of his "hair". He also gains his limbs.

Where Tree is From 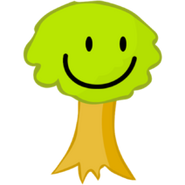 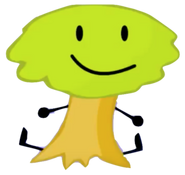 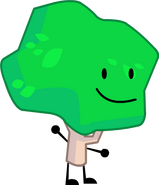 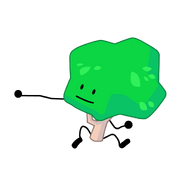 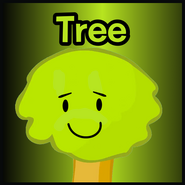 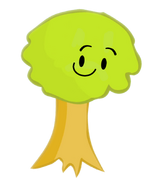 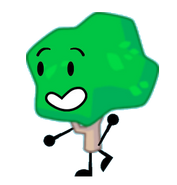 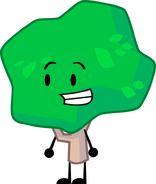 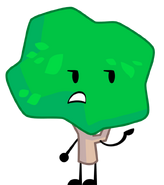 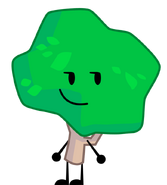 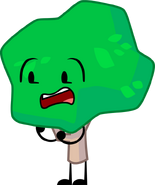 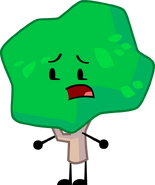 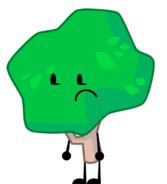 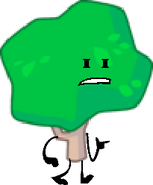 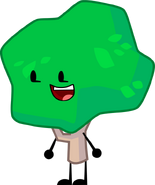 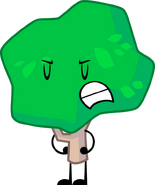 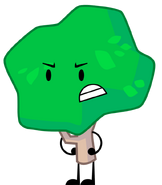 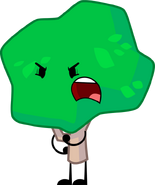 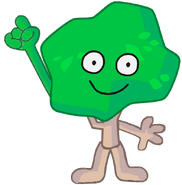 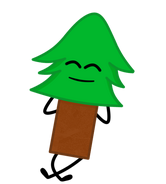 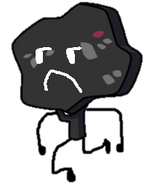 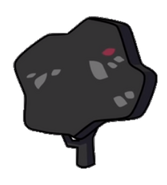 Add a photo to this gallery
Characters
Retrieved from "https://objectshowfanonpedia.fandom.com/wiki/Tree?oldid=491935"
Community content is available under CC-BY-SA unless otherwise noted.