The Grand Slams was one of the two opposing teams performing in Inanimate Insanity II, the other being The Bright Lights. This team was formed in Breaking The Ice, and included the leader, Baseball, along with Microphone, Suitcase, Nickel, Knife, Box, Cheesy, Trophy, Soap and Balloon, and had Dough join, but was eventually eaten by Yin-Yang in the same episode. In Theft and Battery's challenge, Toilet was temporarily a member of the Grand Slams, much to the teams disapproval.

Members in the Merge 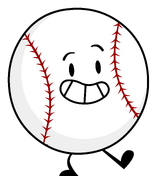 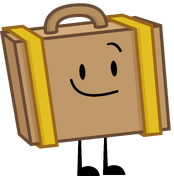 Suitcase
Add a photo to this gallery

Microphone
Add a photo to this gallery

Toilet (Theft and Battery only)
Add a photo to this gallery
Retrieved from "https://objectshowfanonpedia.fandom.com/wiki/The_Grand_Slams?oldid=627914"
Community content is available under CC-BY-SA unless otherwise noted.