The Computer Brothers of Paine

Episode 1: The Beginning (Battle To Win The Ultimate Prize)

Haters of Loser and Killers

The Computer Brothers of Paine are the OCs by NahuelFire39.

They being the Loser admirers and originally from Chile, these brothers want to make new friendships.

Both brothers have the same personality:

The computer brothers sang a song called "Mr. Guantecillo". They are in Team FG.

They made the "BattleReviews's Cake", thanks with that cake, they won 10/10 for their team. Team FG gains immunity.

Episode 3: Are you smarter than a box?

In the challenge, both had to answer 5 questions. In the end they got a 3/5 and both teams lost.

The teams are merged and must have the highest scores to be saved. They were not UFE.

CBoP and the others contestants had to make left or right steps to get further. These his steps:

Everything was fine in the first two steps, but on the 3rd floor they and the other contestants fell.

To define who would win the points of the others (except Moneybag, Baseball Cap and Flower Grassy that fell first in Floor 1), BattleReviews had to use the "Random Name Picker". The Computers left at 3rd Place.

They tied with 70 points tied with Lizy and they are safe in the 2nd|3rd place.

They had to go through the obstacles, which are these:

Obstacle 5: and finally, some moving platforms.

in the 1st Obstacle:

They and everyone jumped (except Flower Tree that crouched)

in the 2nd Obstacle:

They catch the falling test dummies one by one and throw them away.

in the 3rd Obstacle and 4th:

They passed along with Baseball Cap, Bubble Wand and Flower Grassy

in the 5th and Final Obstacle:

on the scoreboard, they are at the top (1st Place) with 86 Points.

They are safe from elimination.

They had to kill the 1000 bugs, to do so, they had to burn the insects with phosphorus, but Flower Grassy put out the fire. They killed 100 Bugs like Baseball Cap. and by the "Random Name Picker", They have the 5th place.

In the Scoreboard, they have 96 Points (Fans of LightLightningMcQueen XD) and they still in the 1th place. They is safe.

In this episode, there are no more points.

They reached 4th and are ready for elimination.

They saved themselves without any vote.

In the challenge, they tried to avoid the punches, but in the end they collided with Baseball Cap and with it, they fell. They are UFE.

They were saved with 0 votes.

In the challenge, they had to use a blaster beam to eliminate the chocolate balls and run super fast (Sonic Mode: ON xD) to reach the goal. They arrived 1st and are the only ones to be safe.

In the challenge, they had to overcome obstacles/challenges from previous episodes. They manage to finish it fast and have immunity.

They are in Final 3 with Bubble Wand and Green Rocky.

They only got 2 votes. They are in 3rd Place.

The Computers Brothers of Paine were originally created in 31 Minutes

Drawings made by other users about these brothers will be accepted.

Each brother has his own instrument: 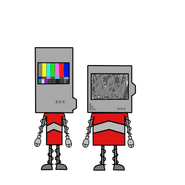 The Computers Brothers of Paine 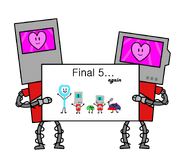 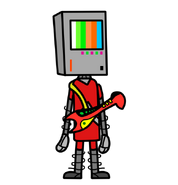 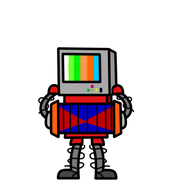 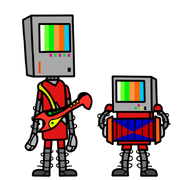 The Computers Brothers of Paine (by SarancthaTFFM)

"Let's smoke for peace"
Add a photo to this gallery
Retrieved from "https://objectshowfanonpedia.fandom.com/wiki/The_Computer_Brothers_of_Paine?oldid=426566"
Community content is available under CC-BY-SA unless otherwise noted.