Start a Wiki
Teddy Bear is a female character that first originated as a recommended character on Inanimate Insanity that failed to join the show. During the paintgun contest, Teddy Bear shoots almost all of the recommended characters, but she placed 2nd because Apple successfully shot her, making Teddy Bear eliminated from the challenge. She appears as a cameo in Sugar Rush and Everything's an OJ.

Teddy Bear is the main antagonist of Island of Objects, she is ruthless, mean and will do anything to win. She made it to the merge. 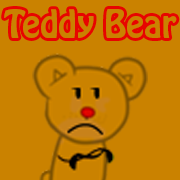 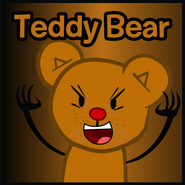 Add a photo to this gallery
Retrieved from "https://objectshowfanonpedia.fandom.com/wiki/Teddy_Bear?oldid=483060"
Community content is available under CC-BY-SA unless otherwise noted.