Teapot is a female contestant on Object Lockdown.

Teapot is a purple ceramic teapot with a lid.

Teapot has a very short temper, and because of her temper she doesn't have many friends. Without her temper though, she is a really nice person and loves to help out others. Her best friend is Diamond.

Teapot does not appear in this episode.

She finishes the challenge off screen. At the end of the episode, She talks to Diamond saying that she won at Pattycake.

Teapot appears when Fire Extinguisher is about to explain the challenge. Later, she appears when Snowboard says to make high quality ice cream. Teapot's team lost the challenge and Cone put her up for elimination.

Teapot is shown with a very sad face when Lock says that the final 2 is Limey and Teapot, and one of them being eliminated. Teapot is the last one safe with 296 dislikes. When Berry asks who knows how to play an instrument, she is shown. She then tells Bucket to play the saxophone. When Bucket plays the saxophone, Teapot has a very impressed look on her face. Then Teapot says that she's really impressed. When Pumpkin messes up the performance, Teapot gets mad.

Where Teapot is from 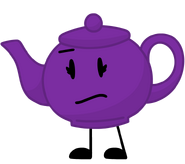 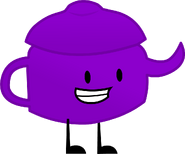 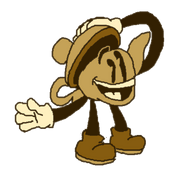 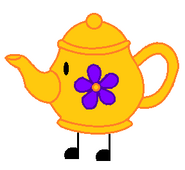 Add a photo to this gallery
Retrieved from "https://objectshowfanonpedia.fandom.com/wiki/Teapot?oldid=465994"
Community content is available under CC-BY-SA unless otherwise noted.