Red Stinger: Hello! We got 5 votes.

Red Stinger: Battle and Garfield both got 0 votes.

Red Stinger: And 8-ball is out with 4 votes.

8-ball: Wow! I got further than I expected!

Red Stinger: Your challenge is stack the most 38 die. You can throw your dice at other's stacks to knock them down, but they keep your die. Go!

BattleReviews: I just have to do it behind their back...

Garfield: What can I say? Fridays are awesome!

Red Stinger: Looks like Battle won this time! So viewers, get voting! This is the final elimination! 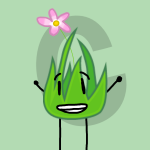 Zwobot♂ (eliminated 15th place)
Add a photo to this gallery
Retrieved from "https://objectshowfanonpedia.fandom.com/wiki/TSSES_4.5_Episode_23_-_Attack_The_Stacker?oldid=366076"
Community content is available under CC-BY-SA unless otherwise noted.