He was considered a hindrance to the Squishy Cherries overall (as seen in him being thrown off the boat in Take the Plunge: Part 2 for weighing too much). He would be eliminated in Episode 3 with 4 votes, after being in the bottom 2 with Woody. After successfully beating the other losers in a bread loaf contest in episode 14 at the last second, with 38 loaves of bread, 7 more than Flower, second place, so he returned to the game. In episode 22, he crushed the Announcer, so Firey and Flower made replacement boxes to replace him, known as the firey box and flower box, but also known by other names. Firey box becomes the host of season two of BFDI. Spongy was eliminated in episode 23. Spongy is one of the 22 objects to get in Battle For Dream Island Again, as he placed 7th in the voting overall. His voice is very deep and muffled, because he's fat.

In Object RPG, Spongy is a 2 Star character who starts off with 35HP, which is a large amount. It is also the first case of exceeding the HP limit.

Where Spongy Is From

Spongy is the 1st contestant eliminated in the merge, because he was fat and smelly. He was useful, as seen in the Mario and the TLC challenges.

He Also Appears In 5 Star War As A Member Of Team Cook. 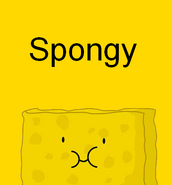 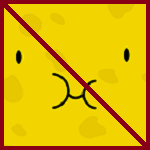 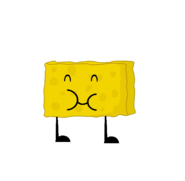 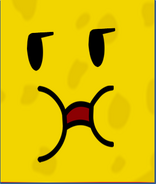 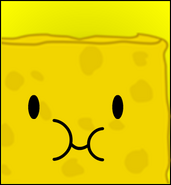 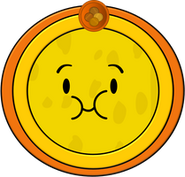 In Jacknjellify's War of The Worlds

i will kill you
Add a photo to this gallery
Characters
Retrieved from "https://objectshowfanonpedia.fandom.com/wiki/Spongy?oldid=489459"
Community content is available under CC-BY-SA unless otherwise noted.