Spike is a character created by AzUrArInG.

However in the upcoming reboot, Spike is now a nice character that has an Italian accent, who likes to cook foods and to help his friends die from starvation. He also can be dumb at times, but tries the best that he can. 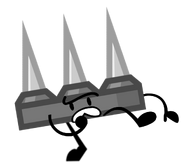 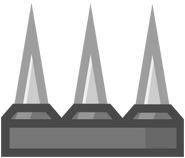 Spike's pose made by AzUrArInG

Spike's asset made by AzUrArInG.

Spike seen in the original version of Object Masters.

Pixelated image of Spike made by syronjoson
Add a photo to this gallery
Retrieved from "https://objectshowfanonpedia.fandom.com/wiki/Spike_(AzUrArInG)?oldid=419461"
Community content is available under CC-BY-SA unless otherwise noted.