Speed Dicey is a female contestant battling on Object Tribute, a show that is yet to come out. She also has four legs.

Speed dicey is a light blue monopoly speed dice. Her top has two legs running which resembles the monopoly man running. On her left side (her point of view), she has 3 dots resembling the 3 on the dice. On her right, she has a bus resembling the bus on the actual game speed dice. On her back is a big single dot resembling 1. On her bottom is yet another bus. Her face resembles the 2 on a dice (eyes being each dot). She has four legs to maximize the level of cuteness.

She is a sweet but anxious little dice. She may not seem like much but she is a massive fan-girl of Dr. Strange (Marvel) and has the same abilities (like the portals and all that stuff). She is also very curious and adventurous 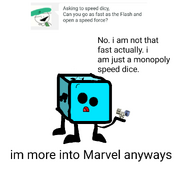 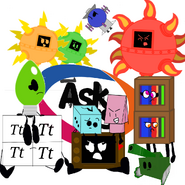 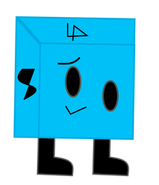 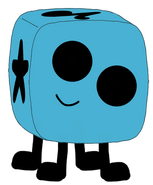 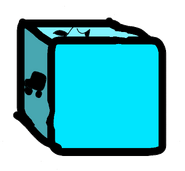 Intro pose (made by friend) 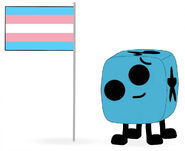 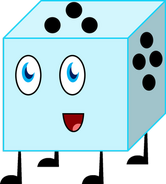 Speed dicey pose (request on deviant art. I dont have their account memorized.) 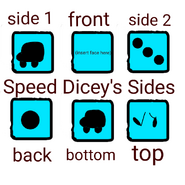 Pride Speed Dicey icon (YCH on deviantart)
Add a photo to this gallery
(I am only getting a random image so i can actually add actual images later)
Retrieved from "https://objectshowfanonpedia.fandom.com/wiki/Speed_Dicey?oldid=497091"
Community content is available under CC-BY-SA unless otherwise noted.