Start a Wiki
Speech Bubble, labeled The silent in words, is a male contestant in RFVP. He debuted in Chapter 8d together with Mysterious Token both joining the Yoylecakes with a huge advantage against the opposing team. He is separated from his team and became the final 20

He is kind and helpful but being unable to talk and limbless is a disadvantage. He makes a speech at himself making him unique out of the silent people. He is remorseful when someone is eliminated good or not. 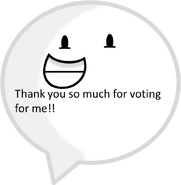 After debuting the game 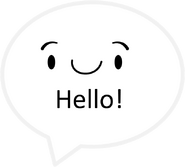 Oldies (Without shadows and lighter shade of outline) 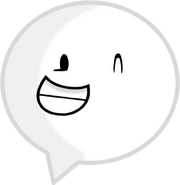 Nonexistent Living Pose
Add a photo to this gallery
Retrieved from "https://objectshowfanonpedia.fandom.com/wiki/Speech_Bubble?oldid=490264"
Community content is available under CC-BY-SA unless otherwise noted.