Antony/Anko6
Slurpy is a female contestant on Brawl Of The Objects. She is legless. She got eliminated in episode 10.

Slurpy is a bit different than the others, in the fact she doesn't have legs. However, this doesn't stop her from going out in the game. She's willing to step up when she has to, but this has led to her being seen as a threat, and she doesn't have as strong of a connection to the other girls except Shelly. 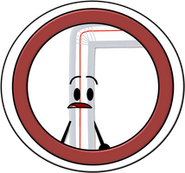 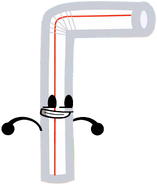 Slurpy's Pose.
Add a photo to this gallery
Retrieved from "https://objectshowfanonpedia.fandom.com/wiki/Slurpy?oldid=603608"
Community content is available under CC-BY-SA unless otherwise noted.