For other uses, see Shieldy (disambiguation).

Shieldy is a male contestant in Brawl of The Objects, and the winner of BOTO for many reasons. Examples being his deflective powers and being a good team player; because of that, he has made multiple friends. He was placed on Team Vanilla.

Thanks for his popularity on the show, many fanon ones also have him included as a contestant, if not just a cameo.

Shieldy is the winner of BOTO (1st place). He is the youngest contestant, and is driven by his own curiosity. While he tends to be childish in nature, his heart is always in the right place, and he will always do everything he can to show others he loves them. Likes cars and making new friends, dislikes getting his hopes up. 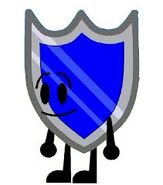 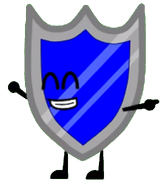 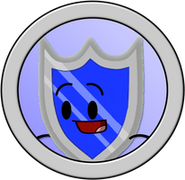 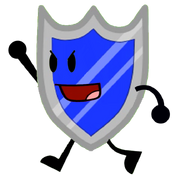 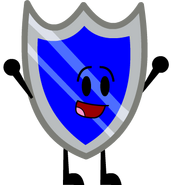 Add a photo to this gallery
Retrieved from "https://objectshowfanonpedia.fandom.com/wiki/Shieldy_(BOTO)?oldid=553191"
Community content is available under CC-BY-SA unless otherwise noted.