How It All Ended!

Antony/Anko6
Shelly is a contestant in Brawl of The Objects. She was placed on Team Vanilla.

She is, said above, best friend with Slurpy, as she is normally seen and doing things with Shelly.

Not only that she's a well-liked contestant, she's also known for her competition skills, as she is willing to do anything to achieve victory for her team, even if that means teaming up with the other team, using her popularity, and much more.

Shelly is a spiral shaped seashell and she is colored cyan. She is one of the characters that are armless.

Shelly may get spooked easily, but she is a determined and well liked competitor among her peers, even being a part of Team Chocolate's "friendship group." However, she seems to hang out with Slurpy more than the friendship group, which caused it to fall apart at one point. She tries her hardest in the challenges, even if it means going into a haunted house, or singing with a member of the other team.

Where Shelly is From 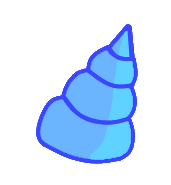 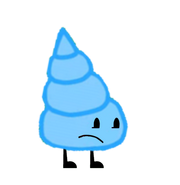 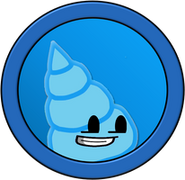 Add a photo to this gallery
Retrieved from "https://objectshowfanonpedia.fandom.com/wiki/Shelly?oldid=619382"
Community content is available under CC-BY-SA unless otherwise noted.