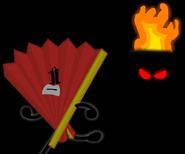 Preparing to attack his victim. 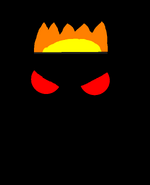 His mega form, which looks even more threatening than the original. 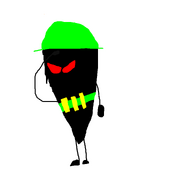 As a WW soldier

His cousin (Thanks to MixTapeFan2016 for the art)

Paralyzing a victim before killing. 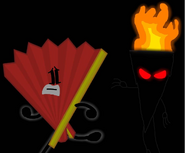 Shadow Torch cannot friends with Moonflower,Nightshade,Shadow-shroom,Dusk Lobber,Grimrose and Shadow Peashooter. The reason is: Powering up the shadow characters 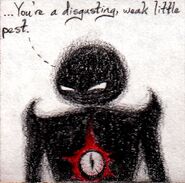 His long-lost brother
Add a photo to this gallery
Shadow Torch, labled The Nightmare is an OC by Sophia193.

Shadow Torch is a beast who appears in the dark or from the shadows. He will kill and sacrifice anyone who gets near.

Shadow Torch is a black flaming torch with no mouth and red eyes. He has a low, whispery voice.

Retrieved from "https://objectshowfanonpedia.fandom.com/wiki/Shadow_Torch?oldid=537063"
Community content is available under CC-BY-SA unless otherwise noted.