Saw was one of the 30 recommended characters that had a chance at joining BFDI.

In Reveal Novum, Saw was one of the 30 recommended characters that could've joined BFDI, but Saw got 3 votes along with (Barf Bag, Naily, and Tree) and were sent into the Locker of Losers.

In Yeah, Who? I Wanna Know! Saw would've joined BFDIA, but with only 36 votes, Saw placed 60th, and was sent into the Locker of Losers again.

Where Saw is From

Saw is played by MrFlamerBoy. 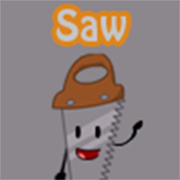 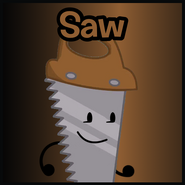 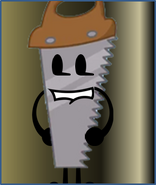 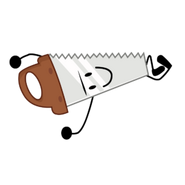 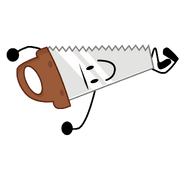 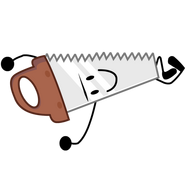 Saw falling in The LOL
Add a photo to this gallery
Characters
Retrieved from "https://objectshowfanonpedia.fandom.com/wiki/Saw?oldid=492591"
Community content is available under CC-BY-SA unless otherwise noted.