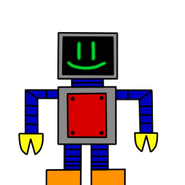 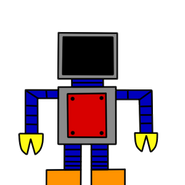 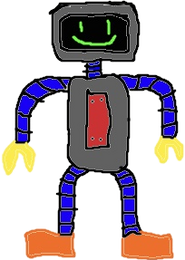 Robo-Guy seen in the original version of Object Masters

The drawing of Robo-Guy AzUrArInG did in part of his gameplay of Action 52 (Genesis Version) back in 2016, it wasn't released until the following year (2017)
Add a photo to this gallery
Retrieved from "https://objectshowfanonpedia.fandom.com/wiki/Robo-Guy?oldid=515745"
Community content is available under CC-BY-SA unless otherwise noted.