Remote is a male contestant who joined the game in episode 8. He was eliminated in episode 10.

I Have a Car for No Apparent Reason

In Big City Objects, Remote was eliminated with three votes by the contestants. He cried out "No!" when he got eliminated. 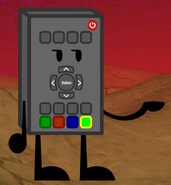 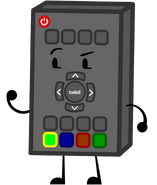 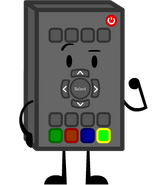 Add a photo to this gallery
Retrieved from "https://objectshowfanonpedia.fandom.com/wiki/Remote_(OU)?oldid=401631"
Community content is available under CC-BY-SA unless otherwise noted.