Season 3 = Random Characters Hurt and Heal Season 3 - With A Tree!

So it's me, Infinity, and this is my new Hurt and Heal.

Keep in mind that these characters are random as stated in the title, hence the appearance of Twilight Sparkle. I have received all permission to use these characters, either in the past, recently, via wiki talk, or discord.

Every loser will say their last words in a confessional before getting killed and recovered in a recovery center outside the competition.

NO, not you Loser.

Every contestant had to pay a $250 entry fee. At the final 5, the hurt and heal becomes a lot more intense and limited.

3. Maximum HP of a character is 10. If anyone's HP exceeds 10, it will be an overheal and their HP will become 1, making them extremely vulnerable. (this does not apply to the final 5 stage)

4. If you kill a character, you can do a triple hurt and a triple heal, but only one set of hurts and heals for each kill. It does +3 HP for a heal, and -3 for a hurt. (this does not apply to the final 5 stage)

1. You still can only hurt and heal once every two hours.

2. You still cannot do any special types of hurts and heals, only normal ones which do 1 HP of damage.

3. Maximum HP of a character is 8. If anyone's HP exceeds 8, it will be an overheal and they will be eliminated.

25/11/17: InfiniteSlingshots has dismembered David and burnt the remaining sticks in a fire. Hence, David is OUT! He receives a prize of $10.

27/11/17: Gelatin has been squashed by the fist of InfiniteSlingshotz! He is OUT! He receives a prize of $100. Eden throws Wasup away. He is OUT!

28/11/17: All of a sudden, Twilight Sparkle disappears. She is OUT! Apparently Nahuel was the presumed cause of it, but it was soon revealed to be MrYokai, who also drunk Raindrop, who is ALSO out! And now, Baseball Cap has been overhealed and BURNED by Minh! And Clock's settings have been tampered with by Eden, so he's out as well! Meanwhile, similarly to Ariana Grande, Container is performing at a concert, and he is BOMBED by Minh! We are now down to the Final 8!

29/11/17: Ceibo has been eliminated! This hurt and heal is getting REALLY intense! Everyone has had their health reduced to 1 HP until the final 5! Dish Soap places 7th and Tune places 6th. Now final 5 stage begins! And Minh eliminates Carmex!

30/11/17: WOW! Eden overheals Latte and she is out! We are now left with THE FINAL 3! And MrYokai overhauls Green Rocky! AND THE SEASON FINISHES! SWORD WINS! 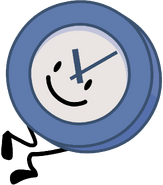 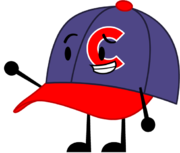 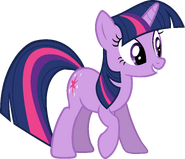 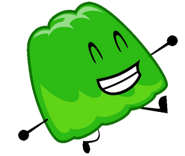 David (18th place)
Add a photo to this gallery

Eden got the most kills. She will get this thingy, which was named in honour of my best friend on the wiki until he made his object show and left, Hurricanehunterjackson, aka HHJ. He got the most kills in one of my old hurt and heals.

Throughout most of the season the hurt and heal was in 2nd in the Most Visited Charts, and when it ended it finally reached the top.

Retrieved from "https://objectshowfanonpedia.fandom.com/wiki/Random_Characters_Hurt_and_Heal?oldid=405926"
Community content is available under CC-BY-SA unless otherwise noted.