Start a Wiki
Question Box is an OC created by ButterBlaziken230. He first appeared in BFDI: Isolated.

Question Box looks like a Question Block that Mario acquires Power-ups from in the Super Mario Bros series, only with arms, legs and a face.

Question Box is quiet most of the time, but if he wasn’t so shy, he would be a great friend. He likes to help out others, but won’t go out of his way to. He likes to hang around with other objects but never really says anything. Some see him as ominous, but others just think his story is sad.

However, on multiple occasions, he has been shown to be somewhat outgoing. This may be him leaving this comfort zone he’s developed.

In The Object Squad vs Evil Ghost Leafy, Question Box was a good asset to the team. He used a Fire Flower he created to deal a lot of damage to Evil Ghost Leafy, and even put him into the second form. Once -1 had stunned him, he used Fireballs to deal even more damage.

Adventures of Teh Objects

In Adventures of Teh Objects 1, Question Box plays tennis with -1 and wins. He mostly sat around, until he noticed that Unknowny and Purple Thing couldn’t pay for a pizza they bought. Question Box paid for the pizza.

This section is about a custom moveset for Question Box if he were in Super Smash Bros.

I will add things like taunts and alts soon. 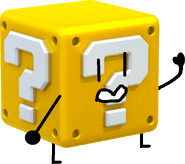 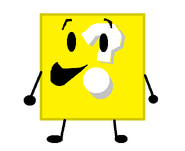 My first attempt at drawing Question Box in Paint. 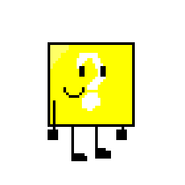 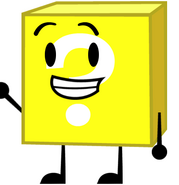 a test drawing of Question Box, using a different pen. This was a fail.

Question Box gets too close! 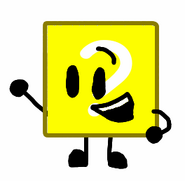 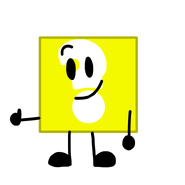 A picture of him in the Fan Template. 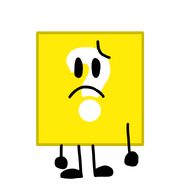 A picture of him in the Hater template. 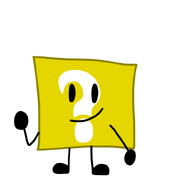 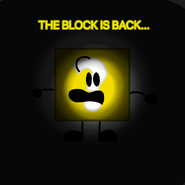 “The Block is Back” Poster (June 2020)
Add a photo to this gallery
Retrieved from "https://objectshowfanonpedia.fandom.com/wiki/Question_Box?oldid=517725"
Community content is available under CC-BY-SA unless otherwise noted.