Purple Top Hat is a OC created by Cutiesunflower. Unlike Top Hat, he is nice and not very grumpy. He currently has a chance to debut in Battle for Wish Bush. He also appeared on the cancelled camp called the Top Hat Camp as a contestant. He lives in the Top Hat lands near Cutie Island along with the other Top Hat Clones.

His personality is different from Top Hat's. Instead of being Grumpy, he appears to be Calm and Nice to good People. 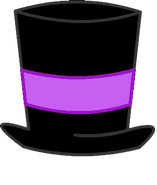 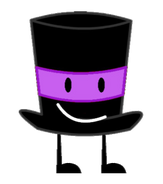 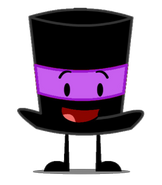 Purple Top Hat with the other Top Hats 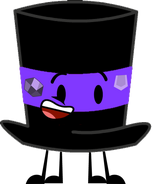 His Fusion
Add a photo to this gallery
Retrieved from "https://objectshowfanonpedia.fandom.com/wiki/Purple_Top_Hat?oldid=365118"
Community content is available under CC-BY-SA unless otherwise noted.