Purple Ball is a character created by AzUrArInG.

Around January 2017, AzUrArInG thought of giving one of his other OCs Orange Ball a girlfriend, so he came up with Purple Ball.

Originally, Purple Ball was gonna be armless but AzUrArInG decided to give her both arms and legs since Orange Ball didn't have any limbs.

After the cancellation of the original version of Object Masters, Purple Ball was almost scrapped because of AzUrArInG finding out about another orange ball.

But, since AzUrArInG thought Orange Ball was unique, especially that Purple Ball had arms and legs but Orange Ball didn't and were both a couple, he decided to not scrap the two and decided to use them for the reboot.

Purple Ball is shown to be quite kind-hearted, as she was instantly accepting of some of her friends and helping them out on numerous occasions. However, she is shown to be stressed out many times in the series, being afraid of not being able to complete her work and worrying about her boss getting upset with her, while losing her job. However, she usually is comforted by her own boyfriend whenever she needs help from some occasions.

Although, she can sometimes be overly sensitive a few times, even with her own boyfriend, which it's mainly due to her boyfriend's easygoing and optimistic personalities. There are also the times were she can get embarrassed a few times, mainly whenever someone flirts to her. 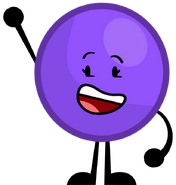 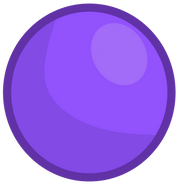 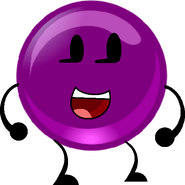 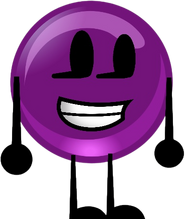 Purple Ball seen in the original version of Object Masters.
Add a photo to this gallery
Retrieved from "https://objectshowfanonpedia.fandom.com/wiki/Purple_Ball?oldid=468721"
Community content is available under CC-BY-SA unless otherwise noted.