Phantom Ruby "PR" is an OC by Insanipedia.

Phantom Ruby is normally adamant, and cares nothing less about conversations or situations. She has to wear a energy gauge at all times due to the fact that she needs an extreme amount of energy. If she isn't wearing it and/or her gauge breaks, she gets extremely weak and, at random points, faint and lie unconscious for several minutes. She's also nice at times. 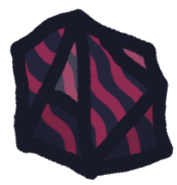 Her body.
Add a photo to this gallery
Retrieved from "https://objectshowfanonpedia.fandom.com/wiki/Phantom_Ruby?oldid=339893"
Community content is available under CC-BY-SA unless otherwise noted.