Paper is a male contestant in Inanimate Insanity, he was placed in Team Epic.

Paper was innocent yet immature. During his time on Idiotic Island, he developed anger issues which are the result of him turning into a mentally stable to a mentally unstable person. His primary goal is to get out of idiotic island and when he succeeds, he displayed a bad side whereas is sadistic, mean and easily angered.

He finds difficulty in getting rid of his psychopathic self, this is also the result of him making many enemies. Though after Paper finally got rid of his evil side, it is shown that Paper is actually someone sweet and somewhat kind.

Paper is a piece of paper with blue stripes horizontally crossing through his body, with a pink stripe making a line in the side of his body.

There are 3 holes in the margin of his body, making him resemble a normal, loose sheet of notebook paper.

Where Paper is from

Paper In Other Languages 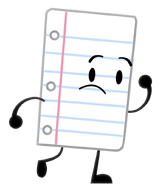 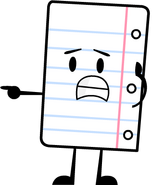 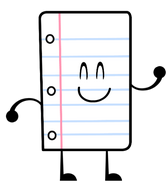 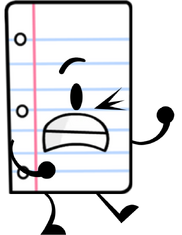 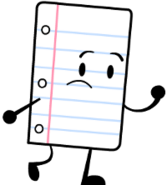 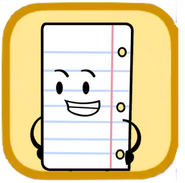 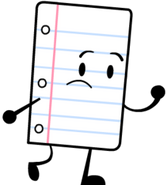 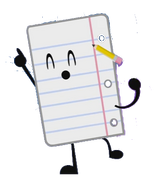 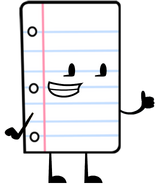 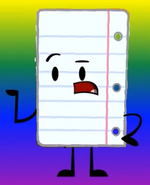 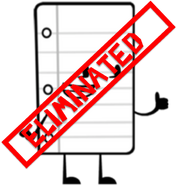 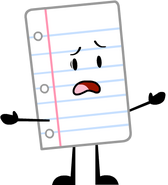 By BB230
Add a photo to this gallery
Retrieved from "https://objectshowfanonpedia.fandom.com/wiki/Paper?oldid=501653"
Community content is available under CC-BY-SA unless otherwise noted.