Me With Object Assets

Orange
Orager is a male contestant who competed in and won TROC 3 and is currently competing in TROC 5.

Orager is funny and a smart contestant, his ability to run fast (as shown in TROC3 challenge 12) makes his challenges go by with a breeze, sometimes literally. Orager has another ability allowing him to take his orange out of his body and put it back in like a boomerang allows him to kill or murder other contestants quickly.

Orager appears to be a mandarin, that breaks every period of time, and then repairs. He may seem nice and funny when you look at him, but his secret dark side makes him a bit scary, he is very loud and is known for his screeching and loudness. His dark side allows him to get up very close and yell in your face.

Orager began the competition steady. He was placed onto the original Blank Blinkies starting team, which is where he met his closest friend and ally, Olive. Orager and Olive formed an alliance, consisting of themselves, Me With Object Assets, Saggy, KFC Guy and Crippling Depression Man. After forming this alliance Orager had a somewhat easy pre-merge.

Despite himself having a relatively breezy pre-merge, his alliance suffered some casualties. Saggy was taken out very early for being an aggressive strategic threat and Crippling Depression Man was taken down during a standoff in the late pre-merge where A Million Eyes, Plump Dog and Counterfeit Coin managed to scrape through a very close elimination. Despite giving his alliance clear instructions, paranoia settled in and Olive and Me With Object Assets wildly began making new plans, by doing this, the plans became over complicated and Crippling Depression Man was sent home.

Orager, Olive, KFC Guy and Me With Object Assets then entered the merge with a large disadvantage. The other players in the game had agreed that these 4 were all too threatening and must be taken out of the game as fast as possible. Luckily, these 4 were able to carefully use Tokens and vote manipulation strategy in order to force themselves through the game until the very end. During the late game Orager's user was under circumstantial stress and found it difficult to properly complete challenges and whenever he did he was Jacob Derwin'd by other players into performing poorly in said challenges.

By the final 6, all of Orager's alliance members had made it to the endgame and only Plump Dog and Bowling Ball's Bow on Fire were left to be eliminated. Plump Dog won immunity, forcing Bowling Ball's Bow on Fire out of the game. Except Plump Dog's immunities did not stop. He won the challenge in the final 5. Orager temporarily volunteered to be eliminated by his alliance members, until he, Olive and Me With Object Assets all agreed to target KFC Guy instead. Olive won immunity in the final 4, however they decided to eliminate Me With Object Assets and save Plump Dog until the top 3.

Orager succeeded in winning final immunity, where he made the decision to eliminate Plump Dog in 3rd place and take Olive to the finals. In the finals, Orager secured 0 votes from the Jury, however due to winning the challenge and the quiz, was awarded the season victory and became the winner of the game. 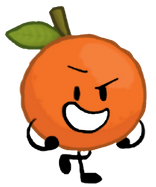 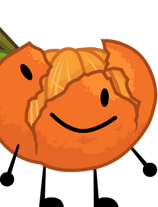 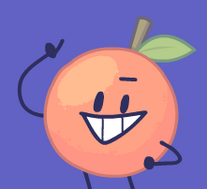 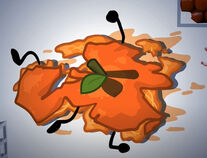 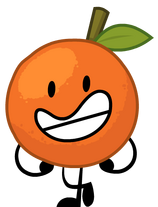 TeamIcon (New & Official)
Add a photo to this gallery
Retrieved from "https://objectshowfanonpedia.fandom.com/wiki/Orager?oldid=599311"
Community content is available under CC-BY-SA unless otherwise noted.