WARNING: The following fanfic will have a lot of nonsense, reader discretion adviced.

115 characters are ready to fight!

Eraser (Host)
Add a photo to this gallery
Episode 1: RESTART

Mario Hat: Hm...it's been a while since we last had an episode...

Luigi Hat: Yeah, everyone is waiting.

Mario Hat: Didn't this get removed from the wiki?

Mario Hat: I think that's why we haven't had a new episode in a while.

Yoyleberry: Hey, what's that portal over there?

Salt: OMG! OMG! Someone help us!

-The portal engulfs the entire world-

-Almost everybody reappears on a creepy forest-

Souly: Who knows? There's some people missing, like Pen, for example.

Book: Well, some of you are back, at least.

Gramophone: Ugh. Where are we?

Igloo: This forest is giving me the creeps!

Additional characters/OCs that will appear in a future episode

Save the Pickle Hat 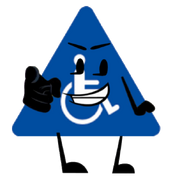 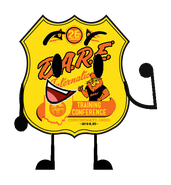 D.A.R.E. Badge
Add a photo to this gallery
Retrieved from "https://objectshowfanonpedia.fandom.com/wiki/On_The_Run?oldid=442761"
Community content is available under CC-BY-SA unless otherwise noted.