Object Ronpa is a Murder/Mystery camp made by TikalMachOne305. It is based off of the video game "Danganronpa". 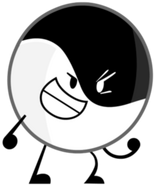 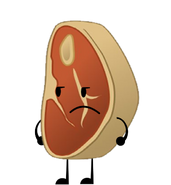 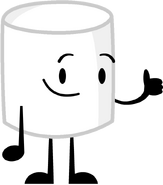 Crystal: Bfdi is the best 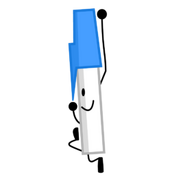 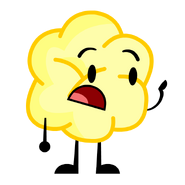 Bean: AquaVex55 (12TH, MURDERED BY SEALAND FLAG)
Add a photo to this gallery

(Yin-Yang sees the first 3 contestants arriving on a boat; Bubble Wand, Baseball Cap, and Steak. Baseball Cap is watching highlight reels of baseball games on his phone, while Bubble Wand and Steak are slapping each other)

Bubble Wand: Hi! I'm Bubble Wand. I'm nice to almost everyone and I'm very smart! I hate Steak because he is from Objects at War, and I hate that show!

Steak: Hi. I'm Steak. I'm average, kinda like Firey from BFDI, but I hate Bubble Wand because she hates me.

Yin-Yang: (points behind him) Over there, along with Steak and Bubble Wand.

(FROM NOW ON, YIN-YANG WILL BE CONSIDERED MONOKUMA, SO THAT'S WHY HE ISN'T IN THE SCRIPT)

(The other 9 contestants arrive)

Leafy: Hi, I'm Leafy. You may remember me from BFDI as the runner up and one of the team captains.

Crystal: Hello! My name is Crystal. I am a PADD (Pretty Awesome Dazzling Diamond), which makes me think I will win!

Popcorn: Hi...I'm Popcorn. I don't know why I signed up for this. I thought it was Object Overload...

Sealand Flag: Nice to meet you, Monokuma. My name is Sealand Flag. All of these people's first confessionals are irrelevant. I hate irrelevance. That's why I fight for relevance.

Lemon: Hi, I'm Lemon. I like Leafy and Bubble Wand because they're nice. I am also nice!

Pin: Hello. I am Pin. I stand as a strong leader of groups, and if people doubt me, they can see how much they like getting their throat slit.

Bean: HALLO, ME NAME IZ BEEN!

Monokuma: Anyways, watch Episode 0 for how this game will work. Please remember the new account for the creator is Sylvester the Shiny Sylveon, so post on HIS message wall if you wanna kill! Monokuma out!

Monokuma: Welcome back to Object Ronpa! Guess what? A Murder just took place! Bean was the one killed. Let's see the corpse of Bean.

(We see the ashes of Bean, a candlestick, 2 gloves, and a note saying "I am not worthy to live. Goodbye cruel world!")

Monokuma: Yep! That's right! Everyone, in the comments section, vote for who you think did the murder! Voting ends on Tuesday!

Monokuma: Welcome back to Object Ronpa! Last time, Bean was murdered, so let's go to the elimination.

Lemon: I'm not in the mood right now for elimination.

Monokuma: Well, what have we got here? A non-optimist? Either attend elimination or say goodbye!

Lemon: But what if one of my friends gets execute-(STAB)

Lemon's Execution: Spears of Gungnir: Lemon is impaled by several white spears. Used as a punishment for refusing to attend elimination.

Monokuma: Anyways, time to go to the elimination!

Monokuma: Okay. We got 3 votes, and they all went to different people. The 1st vote went to Sealand Flag.

Sealand Flag: No! Someone thinks I'm the killer!

Monokuma: Okay guys. This is the vote that decides who will be executed. And it goes to.......PIN! Sorry Pin, but you're getting the boot!

Pin's Execution: Strong Leader Pin: Pin is on the top of a mountain, bossing around cardboard cutouts of the members of the Squishy Cherries. Suddenley, they begin to spin rapidly, and Monokuma appears and knocks Pin into the cutouts, launching her into the sun and burning her to death.

Monokuma: So, that's that! Actually, Pin was innocent. The true killer was Sealand Flag. Congrats, Sealand! You get immunity for Episode 4!

Monokuma: So, now the contestants are no longer double digits. 3 down, 9 to go! Anyways, see you next time on Object Ronpa!

Retrieved from "https://objectshowfanonpedia.fandom.com/wiki/Object_Ronpa_Murder/Mystery_Camp?oldid=360767"
Community content is available under CC-BY-SA unless otherwise noted.