Mountain Dew is a character created by RedJohnny.

Mountain Dew is considered to be neutral, being nice or mean, though he is usually nice. 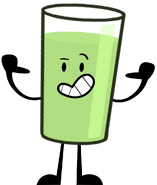 Body Made by TWDremaker2000
Add a photo to this gallery
Retrieved from "https://objectshowfanonpedia.fandom.com/wiki/Mountain_Dew_(RedJohnny)?oldid=359711"
Community content is available under CC-BY-SA unless otherwise noted.