Start a Wiki
Marshmallow, labeled The Sweet One, is a female contestant on Inanimate Insanity who was placed on Team Epic.

She returned to Inanimate Insanity II and was placed on The Bright Lights. She was disqualified and eliminated in episode 12.

Marshmallow is a kind and forceful player. Though being not so athletic, Marshmallow has carried on challenges with ease, mostly due to her purchases at Wal-Mart.

She has been treated like a sack of dirt more than any other character. Though being sweet and joyful with friends, her enemies have seen the sour side of her. Further, into the series, Marshmallow appeared to care more about herself than others, causing trouble between her and the other contestants. Further, into that, the crisis between her and Apple has caused a lot of hate towards Apple because she tricked her into being friends just to get farther in the game.

However, Bow had possessed Apple and controlled her.

Marshmallow's past appearances don't have a curved bottom and the crew has used a different asset.

Marshmallow now has a curved bottom and has assets in higher quality.

If Marshmallow appeared in your fanfiction, you can add your own details about them here!

Where Marshmallow is from 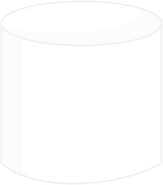 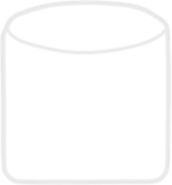 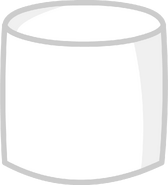 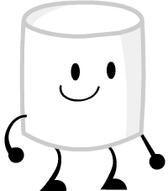 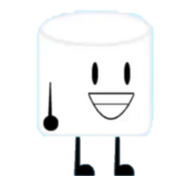 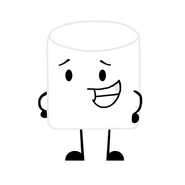 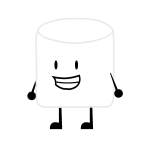 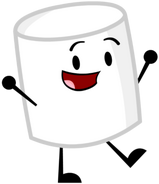 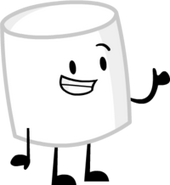 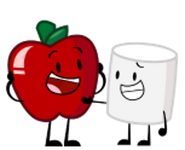 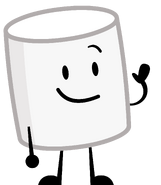 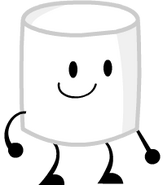 Add a photo to this gallery
Retrieved from "https://objectshowfanonpedia.fandom.com/wiki/Marshmallow?oldid=484163"
Community content is available under CC-BY-SA unless otherwise noted.