Start a Wiki
Little Horn is a main OC created by BattleReviews, he can create holes, and is very evil and naughty,

he got 2 Red eyes, got 2 Black Horns, is Black, and got 1 Tooth in the middle

He is Very mean and Likes to make other people sad, is also very naughty,

He Does the Challenge by going to Pyramid C in round 1, A in Round 2, and B in round 3, he got all 3 Artifacts together with school blazer, and thus, he becomes Team Captain, name names his team: Team Devil Evil

He got 3 questions right out of the 5 questions, despite this, he is UFE, he is safe,

Team Devil Evil gained more members due to unfairness, the challenge is to knock down the wall of Donald Trompas, and got a 9/20, despite this, he is safe,

He did the challenge, and needs to give the chicken a prize who crossed the road, however, the letter E is forbidden, he got 19/40 for the scores in total, he is placed on team 3, and is safe

Little Horn did the challenge, and needs to get a team name for team 3, his team name gave him -999 points, the team name eventually becomes Another Name, and now, he and the rest of Another name are UFE

The Challenge was to get music, he used Can't be erased as music, but since he wotn judge it, he used randomizing for this, his team is safe

The Challenge was to advertise stuff, little horn got a 10/20 for the challenge, despite this, his team is not UFE,

The Challenge was to make a tem tem, he made a pentemgram, his team is safe,

He got Rekt Aka He got eliminated.

He holes away the block 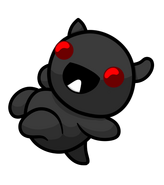 Credits to NahuelFire39 for the HD picture.

By Saranctha, holding a Troll Bomb 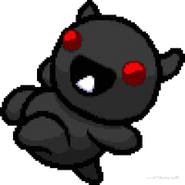 Old Picture
Add a photo to this gallery
Retrieved from "https://objectshowfanonpedia.fandom.com/wiki/Little_Horn?oldid=426540"
Community content is available under CC-BY-SA unless otherwise noted.