Blue and Orange
Insanipedia is a the main character in Just a Tennis Ball Roleplay. and the mascot of Insanipedia, the Object Madness Wiki.

Insanipedia is a tennis ball, but is a different subspecies, despite the different stripe pattern. Her fur is blue, her stitchings are orange, and she has a bit of a hair tuft.

In her original design, she is a darker blue and a bit of a darker orange.

Due to being an inbred, she has a special organ that creates pickaxes and she of course she can choke them out at will. 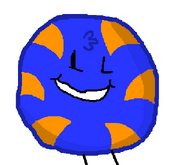 A rather disturbing image of Insanipedia from a Scratch project. 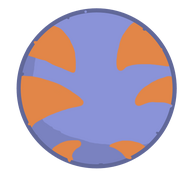 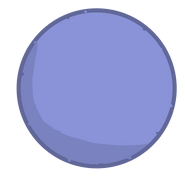 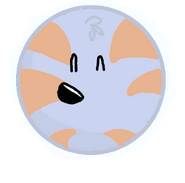 Sneak peek of a comic on Scratch that will tell how Insanipedia came to be.
Add a photo to this gallery
Retrieved from "https://objectshowfanonpedia.fandom.com/wiki/Insanipedia?oldid=437557"
Community content is available under CC-BY-SA unless otherwise noted.