None (replaced by Bell, character got cut)

s friend request, she isn't his enemy either)

Gamey is the host of Object Overload and it's reboot. It was also featured in BFDI: The Reboot.

Gamey was first seen in the forest as he was found there by Casey. Gamey was turned off and filthy.

Later, the rest of the OOR cast saw him in the forest. When Marble asks if he is alive, Casey pokes him with a stick, but is slapped by Snowglobe telling her to stop.

After Toothy says that the idea was dumb, an electric explosion appears by the time Toothy finishes his sentence.

Gamey returns before Pin got amost got them. And of course, they asked the others what an reality show is.

Gamey said 1 million dollars and other contestants are excited. 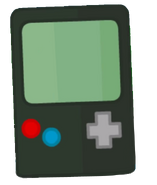 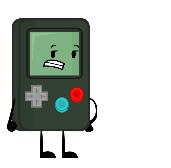 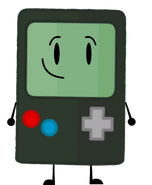 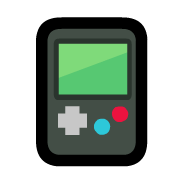 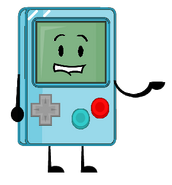 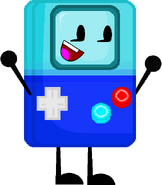 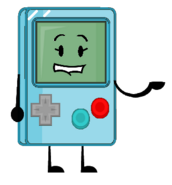 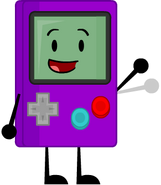 Add a photo to this gallery
Retrieved from "https://objectshowfanonpedia.fandom.com/wiki/Gamey?oldid=546852"
Community content is available under CC-BY-SA unless otherwise noted.