Fries is a male contestant on Team Outcast, Team No-Name, Team Dopey Moons and Amazing Auto-tuners. In Battle for BFDI, he is one of the members of Free Food.

Fries was one of the 30 recommended characters who could've joined BFDI, but only got 17 votes, placing 6th in the voting and was sent into the Locker of Losers. He also had a chance at join BFDIA, and gotten enough votes to join with 303 votes. He is currently on Team No-Name.

If Fries appeared in your fanfiction, you can add your own details about him here!

Where Fries is From

Fries was a good contestant and did challenges well. But he was the first elimated along with Balloony because Balloony was hated by the other contestants. 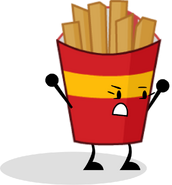 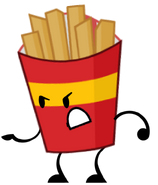 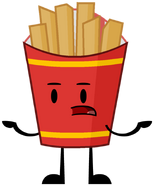 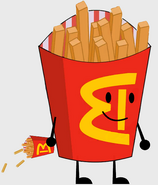 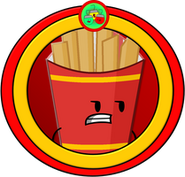 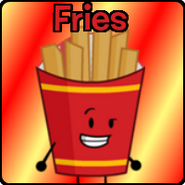 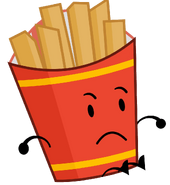 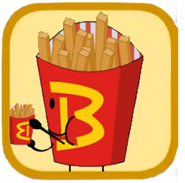 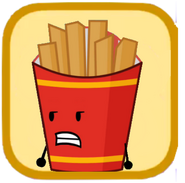 Characters
Retrieved from "https://objectshowfanonpedia.fandom.com/wiki/Fries?oldid=486904"
Community content is available under CC-BY-SA unless otherwise noted.