Foldy is a female contestant on Battle for BFDI. She was placed on Free Food.

In Getting Teardrop to Talk, Foldy first appeared talking to Tennis Ball. She helps Tennis Ball find out where Leafy is. Later in the episode, Foldy chooses Stapy onto her team. Foldy plays Rock, Paper, Scissors with Stapy, but they need to get the basket to win. Foldy tries to get the basket, but she got torn to shreds making Stapy angry at Fries.

In Lick Your Way to Freedom, Foldy is found inside a Jawbreaker by Death P.A.C.T. Liy told Foldy to go back to the team where she belongs. Foldy looked steamed because she saw Liy when talking to Stapy.

Why Would You Do This on a Swingset

In Why Would You Do This on a Swingset, Foldy didn't have any lines. She only appeared with Free Food sitting on a swing.

In Today's Very Special Episode, Foldy, along with Stapy played Rock, Paper, Scissors like in Getting Teardrop to Talk. She lost the game while Stapy wins. Marker then joins her and Stapy as they start to do more of that game.

After Liy's elimination, Foldy was about to twich her mouth, but she started to smile really big instead with Stapy joining her. She didn't appear really much in the challenge.

Foldy told Four to stop screeching because it's not funny. She gets mutilated by Four making Stapy really angry at him. She didn't get the twinkle in the Twinkle of Contagion challenge.

The Liar Ball You Don't Want

She is first seen in this episode shouting out, "Loser!". In the crater challenge, Foldy got the crater and tried to get it into Beep's crater, but Woody ripped her off getting him the Liar Ball making Woody's first kill.

Since she died the last episode, she doesn't appear in this episode, although a voting icon of her is shown when Free Food was up for elimination.

She was recovered in this episode by Four, and she wondered where Stapy was, but eraser showed her footage of how Stapy got eliminated. She then gained a hatred towards Iance.

She was picked to climb the stairs, and she stopped Flower from pressing the buzzer, as revenge for eliminating Stapy. She was pushed off, however.

What Do You Think Of Roleplay

She was unfolded by Ruby as revenge for making Iance lose, and Fries eventually gave her her shape back.

Mechana Can We Fix It?

She is first seen in this episode making Woody dab OVER 9000 times, but Grape ripped her off because she thought she was a satanist (which she is not) making Grape's first kill.

Where Foldy is From 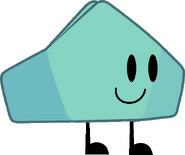 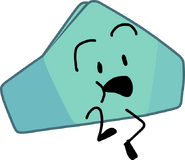 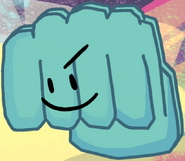 Characters
Retrieved from "https://objectshowfanonpedia.fandom.com/wiki/Foldy?oldid=503832"
Community content is available under CC-BY-SA unless otherwise noted.