Evil Leafy is a recommended character who didn't join BFDI or BFDIA, but played a part in BFDIA. She was free from the TLC in IDFB, but she didn't appear in Battle for BFDI until episode 6 as an RC. 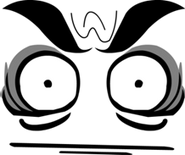 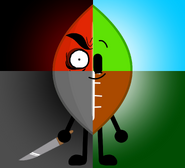 Characters
Retrieved from "https://objectshowfanonpedia.fandom.com/wiki/Evil_Leafy?oldid=513993"
Community content is available under CC-BY-SA unless otherwise noted.