OOR: Cut from the Reboot

OOR: Cut from the Reboot

Eddie Kingston
Disc is a male contestant in Object Overload.

Disc appears to be a dark-grey colored vinyl disc record. The center of him is silver colored. He also has round stripes on his body.

Disc is a carefree contestant, not caring much for anyone except Ping Pong Ball, whom he is best friends with and he'd happily play with all day. He just lives along with life in the easiest ways possible.

In The End of the Beginning, Disc is seen kicking PPB against a wall, he is set a lit by Tissue's burning body flying towards him. He, along with Tissue is sent off of the cliff. Disc isn't seen for the rest of the episode.

In A Shocking Addition,  He had to guide PPB through an electric maze, as which he was teamed up with besides being best friends.

In Branching Out, he got fired by cannon and gets crashed.

In Deeper Waters, He is eliminated. 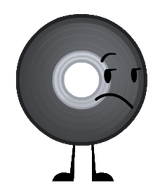 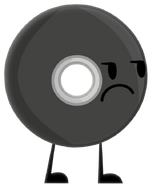 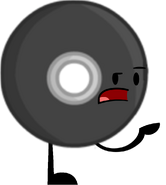 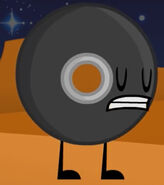 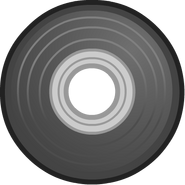 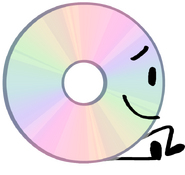 Add a photo to this gallery
Retrieved from "https://objectshowfanonpedia.fandom.com/wiki/Disc?oldid=603940"
Community content is available under CC-BY-SA unless otherwise noted.