David is a male contestant in Battle for Dream Island. Most of his dialogue is "Aw, seriously!?" He was created by TDICaitlincookegroup on YouTube, after 39 voters voted for him to be eliminated despite him not being up for elimination at the time. David joins the game due to him being the recommended character with most votes in "Reveal Novum" at 102, beating Bomby at 73 votes. He got eliminated in BFB 10. The only words he says are "Aw, seriously?!", and "No!."

If David appeared in your fan fiction, you can write about it here!

David was the leader of the Orange Rubber Bands, and got eliminated 3rd. He did nothing except say "AW, SERIOUSLY". In the 2nd Cake at Stake, he could have stayed, had it not been for Nick-Le, and his vote, thus bringing YF and David at a tie. YF won the tiebreak, and David got angry, which did nothing, as he promptly got flung to the TLC. If you discount Pencil's elimination, David was the 1st orb to be eliminated. He wasn't let on the hotel.

After Dora was eliminated before the merge, and before Coiny rejoined, David was the only member on Team L.O.S.E. to in the merge.

David appears to be jumping in bouncing ball in this opening scene.

Where David is From 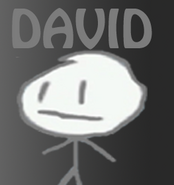 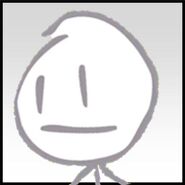 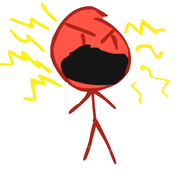 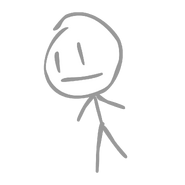 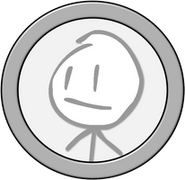 Characters
Retrieved from "https://objectshowfanonpedia.fandom.com/wiki/David?oldid=491938"
Community content is available under CC-BY-SA unless otherwise noted.