Dark Red Ball is really evil, he is mean, and really cruel. One time, Dark Red Ball (as his normal counterpart) wiped out 1.2 billion objects all at once, but they were all revived by someone. He even destroyed multiple cities, he never got into jail and even fought against tanks with just by himself with nothing and blew all of them up. He also planned on destroying the universe, and cares about nobody at all. 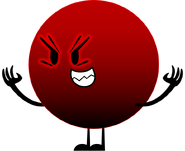 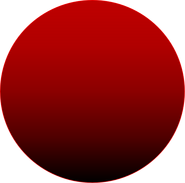 The Red Ball Evolution (no background)
Add a photo to this gallery
Retrieved from "https://objectshowfanonpedia.fandom.com/wiki/Dark_Red_Ball?oldid=486389"
Community content is available under CC-BY-SA unless otherwise noted.