Subsequently, she hasn't appeared in any other show other than Announcer Madness, but she has a chance to appear in other media.

Unlike other speaker boxes, she has three designs. Her first design is Pink, Yellow, and Green. It doesn't look really good. The second design features Cutiesunflower's old profile picture with a better color design. Her third design makes it all green instead of yellow and pink. Her profile also changed. Yellow and brown are mixed together to make a sunflower.

In episode 3 she did her cameo like the rest of the characters. She lost the first challenge, and at episode 4, the elimination, she was safe with 0 votes.

In episode 6 she passed the quiz competition, and was safe from elimination.

In episode 8 she lost the challenge, making her up for elimination in episode 9. Again, she was safe with 0 votes.

In episode 10, she lost the challenge yet again, making her up for elimination. In episode 11, she was safe yet again at 0 votes.

She was sent to the TLC in AM:A 1 along with the other six. 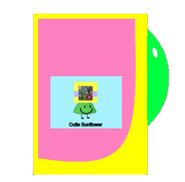 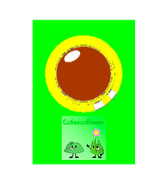 Her mid 2017 redesign side.
Add a photo to this gallery
Retrieved from "https://objectshowfanonpedia.fandom.com/wiki/Cutie_Sunflower_Announcer?oldid=524534"
Community content is available under CC-BY-SA unless otherwise noted.