Cup is a male contestant in Object Universe. He was placed into Team Ice Cream, and he was eliminated in That Last Rip.

Cup made his first appearance in Blast into Space. He failed to do the balance beam challenge and fell down. He was placed into Team Ice Cream. Due to Team Ice Cream's disadvantage, his team was up for elimination.

In Afraid of Heights, Cup was angry that Ice Cream's disadvantage made her team lose. In the elimination, Cup was safe with 9 votes and he was safe.

In Language of a broken window, Cup was upset that Object Univere would've been cancelled even though it was aired last month. Evil Window becomes the new host instead of Window.

In Come and Go, Cup was safe from elimination. Cup thinks playing frisbee is more fun than saving window. In the challenge, Cup walking onto the line making him safe along with all of the members of Team Strength.

In That Last Rip, Cup realizes that everyone is in paper.

In Surprise Arrival 2, Cup starts to run fast. He starts to listen to a comic book, but Ice Cream read about it. He said Well done to Ice Cream when he is close to the finish.

In Revived Rivals, Cup gains his arms. He had a chance at rejoining the game, but he got 58 votes. Cup thinks it's alot, but it isn't. 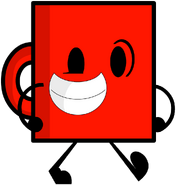 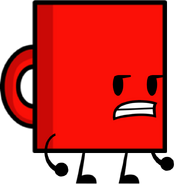 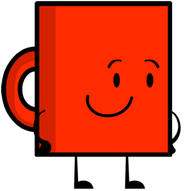 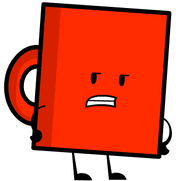 By BB230
Add a photo to this gallery
Retrieved from "https://objectshowfanonpedia.fandom.com/wiki/Cup_(OU)?oldid=468862"
Community content is available under CC-BY-SA unless otherwise noted.