Start a Wiki
Crayon is a competitor in Object Oblivion. He is currently competing.

Hello... Are You My Friends?

He is somewhat friendly... but is, like Toothbrush, very serious about the show.

In Bowling Balls Can't Jump he is shown to violent and blames the fourth wall when stuff doesn't go according; like when Snakey got eliminated instead of Prism. He is also one for tricking people, like when he lied about being Basketball to the latter's (two) doctors. He is also curious. 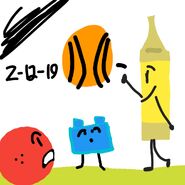 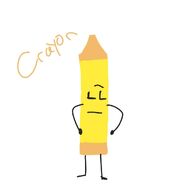 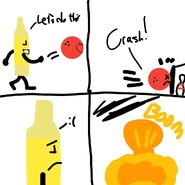 Add a photo to this gallery
Retrieved from "https://objectshowfanonpedia.fandom.com/wiki/Crayon_(Object_Oblivion)?oldid=431543"
Community content is available under CC-BY-SA unless otherwise noted.