Start a Wiki
The Cloud Chamber is a place in Clash For Object Supremacy.

The Cloud Chamber is located in the middle of the sky, roughly 200 metres away from where all of the contests are held by Question Box. It’s very high up in the sky, meaning people who are flung there have to go through a painful flight there.

These characters have been eliminated in Clash For Object Supremacy, so they have been sent to the Cloud Chamber.

Knife - eliminated for being a jerk.

Lightbulb - eliminated because he lost in the egg & spoon race. He was swapped out of the show with Xbox Logo who rejoined. 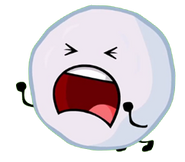 Snowball - eliminated for not helping his team during the challenge.

Spikey Ruler - eliminated for being a bad team captain, using her team and trying to expel Broken Bone from her team for a dumb reason

Marker - eliminated for being bland and a background character

Glovey - eliminated for being very mean to people and also planning to manipulate his responsibilities in Episode 1.
Add a photo to this gallery

These characters were once in the Cloud Chamber, but they rejoined for whatever reason. This could be because of a chance to rejoin or simply viewer complaints.

Xbox Logo - rejoined due to viewer complaints.
Add a photo to this gallery

The inside.
Add a photo to this gallery
Retrieved from "https://objectshowfanonpedia.fandom.com/wiki/Cloud_Chamber?oldid=473058"
Community content is available under CC-BY-SA unless otherwise noted.