Rookie Mistakes (along with Baguette)

Chocolatey is a female contestant on Brawl Of The Objects. She is Brown. She was also on Team Chocolate. She was eliminated in episode 12, along with Baguette.

Chocolatey came in 7th place overall in BOTO, and was eliminated in a double elimination alongside Baguette. She is wild with plenty of charisma, but is prone to getting overexcited and acting without thinking. Likes candy and Battle Monsters, dislikes being missled.

You can add fan fiction here, but don't delete anything.

Where Chocolatey is From 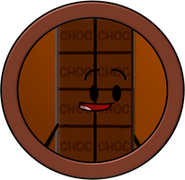 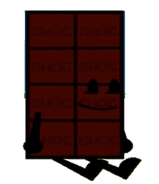 Her body
Add a photo to this gallery
Retrieved from "https://objectshowfanonpedia.fandom.com/wiki/Chocolatey?oldid=504446"
Community content is available under CC-BY-SA unless otherwise noted.