Cherry is a female contestant on Object Lockdown.

Cherry is a maraschino cherry with a heart-like shape and a curved brown stem.

Cherry talks entirely in reverse, and therefore is unintelligible to the audience. However, since most of the contestants have known her for about four years now, they've started to learn her language. Despite her acting random and sometimes even dimwitted in the past, in recent episodes she's shown to be a bit more cynical.

Where Cherry is from 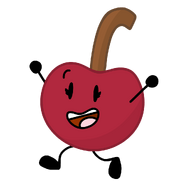 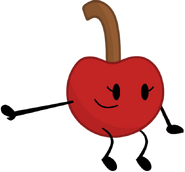 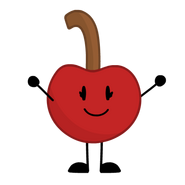 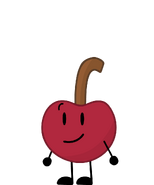 Object Lockout
Add a photo to this gallery
Retrieved from "https://objectshowfanonpedia.fandom.com/wiki/Cherry_(Object_Lockdown)?oldid=528981"
Community content is available under CC-BY-SA unless otherwise noted.